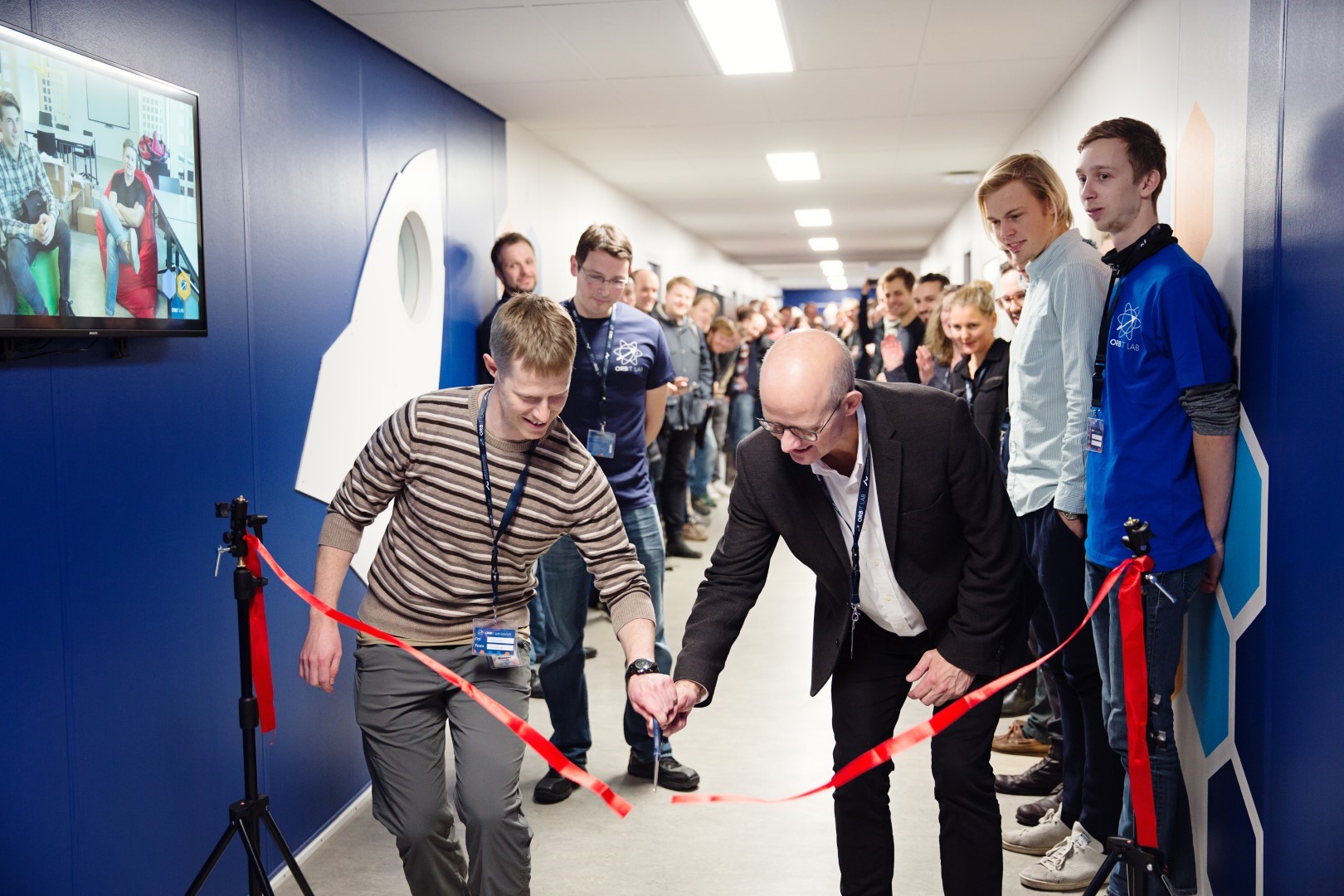 From Google employee to tech entrepreneur

When Toitware became a reality, Kasper Lund and the rest of the Toitware team were still on board and prepared to contribute to the ORBIT Lab Community while getting their tech startup up and running.

At The Orbies, Summer 2018, after just a few months in operation, Kasper Lund wowed the crowd with both philosophical and technological reflections about his new startup in a keynote that will go down in history as one of the great Orbies keynotes. 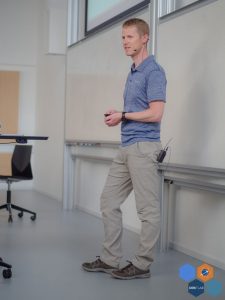 Kasper Lund giving his Keynote at The Orbies, Summer 2018.

As time passed and the Toitware team managed to secure funding, the team grew, and in 2019, Helena Marie Meyer joined the startup. She has been a significant driver in planning and executing activities for the ORBIT Lab Community, and at The Orbies, Summer 2019 she was on the Panel of Judges. 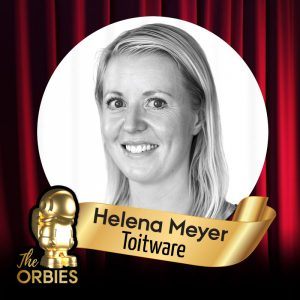 Helena Marie Meyer on the Panel of Judges, The Orbies, Summer 2019.

The latest in a line of initiatives in the partnership between Toitware and ORBIT Lab is a Hackathon that took place online last month. Apart from creative use cases for Toitware’s IoT software platform, their new IoT programming language called TOIT and their IoT demo box with sensors; the TOITbox, the outcome of this hackathon is a lot of useful feedback that the Toitware team can use directly in product development.

Reflecting on what makes it worthwhile for Toitware to co-host, e.g. a hackathon with ORBIT Lab, Helena Marie Meyer said:

“An interesting side effect of having to do the event online was that we had to use Slack for questions during the hackathon. Most of the Toitware team were online to answer questions from the participants, and we were excited to see the level of activity – as well as the amount of useful feedback that we got and that we were able to process and convert into useful insights after the event.”

The good thing about going online is that people from all over the world can potentially participate. And at this event, a group of four engineering students currently doing their internships in CERN took part in the hackathon.

Another participant was Ulrik Boll Djurtoft – a former CS student, now LEGO Group employee, who has been a member of the ORBIT Lab Community since the early days and has participated in countless community activities. In his words, participating in events like this is valuable because:

“It allows me to stay in contact with the student and startups scene, which is a source of inspiration I can use directly in my job as a Junior Application Engineer. When I was a student, I was highly involved in ORBIT Lab’s Community, and I hope to continue to be, as I am getting a good dose of emerging technologies and expanding my network.”

Ulrik also won the hackathon’s “best idea” with a “Who wants to be a Millionaire” game for the TOITbox.

ORBIT Lab – a platform for collaboration

For a tech startup, a concrete use case is priceless. And that is exactly what Consibio represents to Toitware.

Consibio is a biotech startup that – until recently – resided in ORBIT Lab. Since the three co-founders Johan, Emil and Søren graduated, they have become part of Incuba, Navitas where Toitware also resides. (Read more about Consibio’s journey here).

“It allows us to reap the benefits of Toitware’s software platform, such as a safe way to handle the devices attached to the system, an easy way of frequently updating the code, as well as the integration of data between our units and our cloud. It is a great solution for us, as it gives us the freedom to easily interface with various hardware in the biochemical industry that we specialize in.” 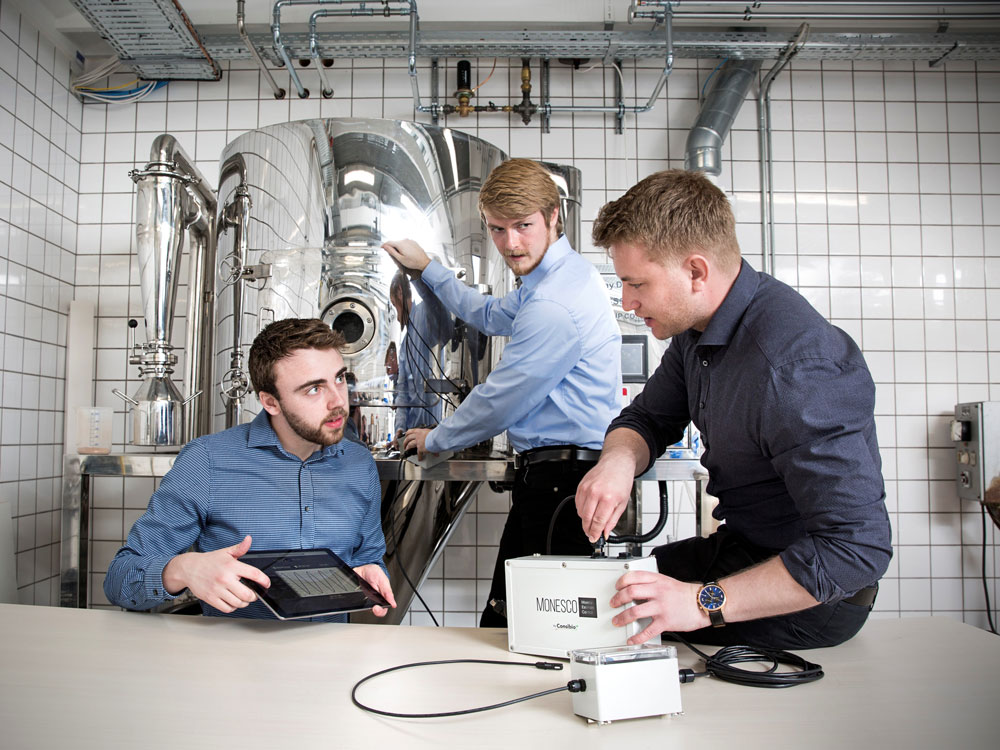 Consibio also took part in the recent hackathon, where they gave a talk about how they are using the Toitware platform in their daily work and helped answer questions from the crowd.

“The current working relationship between Toitware and Consibio is a concrete result of what can come out of a community like ORBIT Lab. When we met, we soon found out that there were grounds for a mutually beneficial collaboration.”

Toitware is an Aarhus-based tech startup. With their new programming language for IoT and software platform, they strive to make it easier to develop, deploy, secure, maintain and distribute IoT apps.

The TOIT platform includes the TOITbox, with sensors and cloud access; the TOIT language and virtual machine for easy app development; and the TOIT cloud console for device orchestration. Read more about Toitware here.

If you want the opportunity to try Toitware’s platform and the TOITbox, we have a few to lend out in ORBIT Lab. Please contact our Lab Manager Søren for further details: smd@ase.au.dk. To get registered as a TOIT user, you can contact Helena Marie Meyer: helena@toitware.com.

Consibio is a biotech startup. The three founders built Consibio from scratch in ORBIT Lab alongside their studies at Aarhus School of Engineering.

They have developed their own platform, Monesco; a generic platform that can easily be configured and can deliver real-time readings and control of any biological process connected to it.

Since graduation, the team has moved to new premises in Navitas. Read more about Consibio.